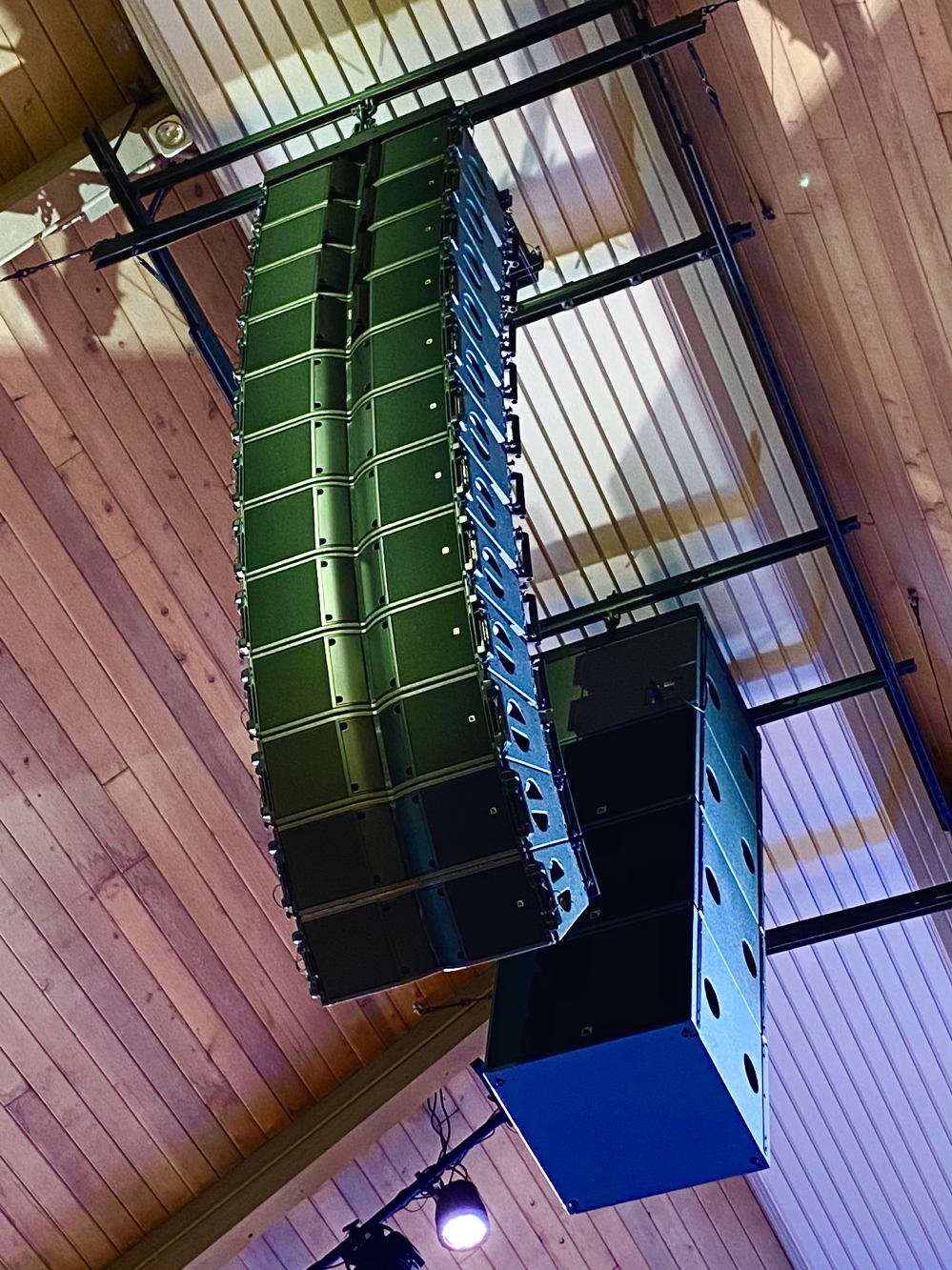 CCI Solutions added a comfort level to the install process that was AAA rated! CCI Solutions is an outstanding company that knows exactly what technology is right for any church venue or environment.

As Christ Lutheran Church continued to grow, the decision was made to purchase five acres of property on which to build a Church. On October 20, 1957, the dedication service was held for the new facilities, which included a sanctuary, offices, Sunday school rooms and a kitchen. In 1967, a new Church building was constructed, which contains the sanctuary currently in use.

Several years ago the church embarked on upgrading this amazing space with aesthetics and technology being a main focus. CCI Solutions was tasked with the upgrade of the video, stage lighting, and audio systems.

CCI Solutions worked with the Christ Lutheran team to create systems that met the needs of the church while being user friendly at the same time. Front stage lighting was accomplished with Chauvet Ovation F95-WW Fresnel fixtures while color and backlighting was handled by Chauvet COLORADO2 Solo fixtures. Other Lighting includes Chauvet Rogue R2x Spots and Washes as well as Chauvet Ovation CYC 1 FC. The lighting system is controlled by a Chamsys Quick-Q 30 console.

The church wanted to not only record the services and events, but also stream. While the images had to be high quality, there was no room for standard maned camera positions. Hitachi DK-Z50 PTZ cameras were placed in several locations to solve the problem. They offer a high quality image and are easily controlled from the video switcher. A Ross Carbonite Solo Black handles video mixing and routing is done with the Ross NK system. Rounding out video control is the Sound Devices PIX 250 for easy recording of all the switched content.

The real standout in this project was the replacement of the center screen rear projection system. After the churches in house wood craftsmen expanded and reworked the framing and organ speaker location (hidden behind the cross) CCI Solutions installed the stunning Absen Acclaim 3.8mm LED video wall. The screen fits nicely with the front of the stage and the image is crystal clear from entire sanctuary seating area.

"​We love our Absen wall! We are very happy with this purchase and look forward to using it every week. We were led to an LED wall solution because of the brightness inaccuracies of our projection system. We were tired of the vignetting effects of a projector and wanted a new solution that would last for a very long time.

CCI Solutions added a comfort level to the install process that was AAA rated.! CCI Solutions is an outstanding company that knows exactly what technology is right for any church venue or environment."